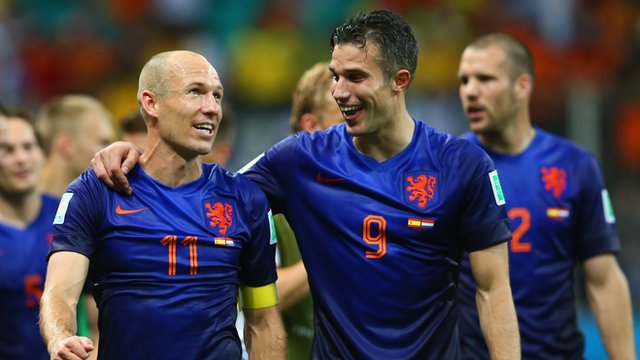 After the extraordinary 5-1 win over world champions Spain, the problem now for the Netherlands is managing expectations.

The Dutch have suddenly gone from unfancied also-rans with no more than a "20% chance" of reaching the quarter-finals according to their coach Louis van Gaal, to having a superb opportunity of topping Group B and avoiding a probable second-round clash with Brazil.

Captain Robin van Persie, though, is keen to temper the hopes of a nation that skyrocketed in the space of those 90 incredible minutes. "This is my fifth (major) tournament and I know how these things work," he said. "The euphoria vanishes just as quickly as it appears." 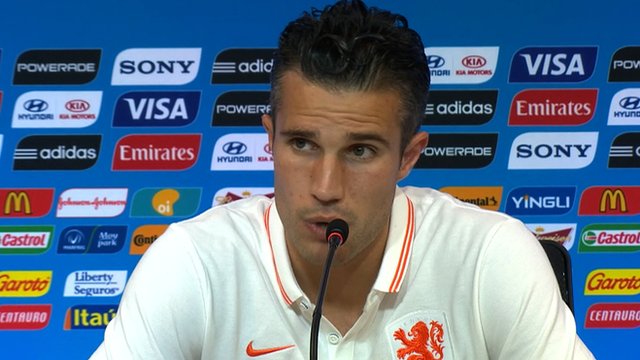 Spain 1-5 Netherlands: It could have been eight - Van Persie

The Dutch camp is all smiles, and that's not something you can say about them very often at a major tournament. Van Gaal, it appears, is not just a master tactician but also a master psychologist capable of unifying a squad that is traditionally one of the most fractious in world sport.

"I'm bringing the wives and girlfriends again to the team hotel," Van Gaal said. "All through my career as a coach I am interested in the psychological state of my players. If my boys are happy, then I am happy."

Facing a buoyant Dutch team spearheaded by an in-form van Persie and Arjen Robben must be a daunting prospect for Australia.

However, they really grew into their match with Chile and battled back well from a horror start in which they looked like the youthful, inexperienced side they are.

Tim Cahill once again proved to be their inspiration and a 3-1 defeat was a little harsh on reflection. The facts are, though, lose in Porto Alegre and their World Cup will be all but over.

The loss of Ivan Franjic, the only recognised right-back in their squad, to injury is the last thing the Socceroos need with Robben ready to run at them.

Media reports say that Robben set the fastest sprint ever recorded by a footballer of 37km per hour when he outpaced Sergio Ramos to eventually score his second goal. Not bad for a 30-year-old.